Scripture requires that all Israelites abstain from work (melacha) on the Sabbath (Exodus 20:10). Rabbinic texts speak of thirty-nine primary categories of labor (Mishnah Shabbat 7:2).  Each primary category (av – plural avot) can be further subdivided into many derivative types of labor (toladot).  Performing any of the several hundred prohibited actions is considered by the rabbis a violation of biblical Sabbath law.

There is an important technical difference between primary and derivative labors regarding sin-offerings (this is the traditional understanding of the biblical term חטאת, chatat) brought for inadvertent violation of the Sabbath.  One is required to bring a separate offering for the performance of each primary category of labor, but only one sin-offering for multiple infractions of various derivatives within the same primary category (Mishnah Shabbat 7:1)[1]

When were the 39 Melachot Conceived?

Whence the number thirty-nine?  The Torah neither explains the precise meaning of the word melacha, nor does it provide any list of forbidden labors, which are mentioned piecemeal in various locations: plowing and reaping (Exodus 34:21), gathering wood (Numbers 15:32), and kindling fire (Exodus 35:3).  Yet, plainly many more actions fall under the rubric of melacha, even though they are unstated by the text.

The Talmud calls the proto-Pharisaic sages of the mid Second Temple era (c. 3rd century BCE) the Soferim, or scribes. One of the explanations for that appellation is that they would count (sofrim) the letters of the Torah and attached numbers to various legal categories (b.Kiddushin 30a).[2] The Jerusalem Talmud indicates that the Soferim formulated the concept of thirty-nine prohibited Sabbath labors (j. Shekalim 5:1).[3]  The problem with that claim (as with many assertions regarding when various halachic concepts first came into  being) is that we have no record that any sage spoke of thirty-nine type of prohibited labor before the late second century CE.

Rav claimed that he found a secret notebook (מגילת סתרים) in the academy of Rabbi Chiyya, in which it was written in the name of Issi ben Yehudah that there are thirty-nine forbidden Sabbath labors (b. Shabbat 6b). On that basis, the notion of thirty-nine labors would go back at least to the fourth generation of Tannaim. Nevertheless, it was Rabbi Judah the Patriarch who popularized the concept in the fifth Tannaitic generation by incorporating a complete list into his version of the Mishnah. He also claimed that these thirty-nine categories were taught to Moses at Sinai (b. Shabbat 97b).[4]

Was Rabbi Judah Ha-Nasi serious in his claim that the details of the Sabbath law date back to the Sinai, or was he instead using hyperbole to strategically assert the antiquity, and thus indisputable correctness, of his position? Given the absence of earlier textual witnesses, the latter is more likely.  In fact, in Midrash Lekach Tov (also known as Pesikta Zutrata), Rabbi Tuvia ben Eliezer (late 11th – early 12th cent.) refers to the thirty-nine labors not as “those said to Moses at Sinai” but as “those recorded by our sages in their Mishnah” (Exod. 35:1).[5]

The Mishna compares Sabbath law to a vast mountain suspended in air by a single hair, with a myriad of laws pinned to scant bits of text (m. Hagigah 1:8).[6]  If the list of labors had been transmitted to Moses at Sinai, one would expect to find at least a veiled reference to it in Scripture, and indeed  Rabbi Judah Ha-Nasi turned to Exodus 35:1 for support.[7]

The Torah refers to the Sabbath law as אלה הדברים, “these matters.”  The numerical value of אלה is 36. The word דברים is in plural, indicating an additional 2.  The grammatical prefix ה indicates a further 1.  The sum is the desired number, 39. The sages of Sepphoris (Tzipori) also looked to Exodus 35:1, though their exegesis differed slightly.  In addition to 36 for אלה, 1 was derived from דבר and a further 2 from דברים.  The sages of Caesarea had an even simpler exegesis.  The numerical value of אלה was changed from 36 to 39 on the premise that one can arbitrarily exchange the letter ה with the letter ח (j. Shabbat 9b). The Ba’al Haturim (Rabbi Yaakov ben Asher  c. 1269 – c. 1343)  noted that Exodus 35:1-3 contains a total of thirty-nine words, followed by השבת.

To the modern eye, none of these attempted proofs is convincing.  Surely, none would have been formulated but for the presupposition that there are 39 (biblically recognized) prohibited categories of labor on the Sabbath.

Seeking to find a better Scriptural basis for the thirty-nine labors, other sages looked beyond Exodus 35 to the Pentateuch generally.  It is claimed that the various permutations of the word מלאכה appear thirty-nine times in the Torah.  The commentators are all troubled by this statement because it is not so.  The root word מלאכה appears in at least sixty different Pentateuchal verses.[8]

Alternatively, the words מלאכה or עבודה appear thirty-nine times in connection with the construction of the Tabernacle (Yerushalmi), and the specific labors prohibited on the Sabbath are the very labors that were performed in the construction of Tabernacle (Shabbat 49b).  The flaw in that approach, however, is that the sages lacked precise traditions about which labors were involved in building the portable sanctuary. Throughout Tractate Shabbat, there is much conjecture and a noticeable lack of firm tradition about this (and other things).

Is the Tradition of the 39 Melachot Sacrosanct and Untouchable?

Repeated attempts by later sages to find hints for the number 39 demonstrate that Rabbi Judah HaNasi’s opinion ultimately became the rabbinic consensus. Nevertheless, in the Babylonian Talmud we find several instances in which Rabbi’s specific list of labors is criticized.

For example, the Talmud wonders why the Mishnah includes winnowing, selecting, and sifting as three distinct primary labors.  Considering that these acts all accomplish the same end, all should be considered derivatives of the same primary category.  Abaye and Rava explained that whatever was an important action in the Tabernacle is counted as its own primary labor, even if it is quite similar to other primary labors.  The Gemara then asks why pounding (כותש) is not recognized as a primary category, since it was done to herbs in preparation of the dyes used for the Tabernacle’s curtains.  Abaye answered that pounding was excluded because a poor man eats his bread without first pounding the wheat.  Rava explained that this particular Mishnah represents the opinion of Rabbi Judah HaNasi, who limits the total number of primary labors to thirty-nine, and that including pounding would have taken the total to forty, above the acceptable limit. The Gemara rejects Rava’s answer on the grounds that Rabbi could have removed one of the superfluous types of sorting in favor of pounding (Shabbat 74a).[9]

A) The thirty-nine labors listed in the Mishnah are not the types of work performed in the Tabernacle. Had that been the case, pounding would have been included.  The first eleven labors are known as סידורא דפת, the order of baking bread.  In determining the list of Sabbath prohibitions, Rabbi was more concerned with the realities of contemporary life than with accurately portraying what happened in the Tabernacle.

B) Rava believed that only Rabbi Judah HaNasi was bound to the number thirty-nine, while the other sages were free to dissent.

C) While his total number of primary labors was fixed, Rabbi was free to manipulate which labors should be included or excluded.  This is a clear indicator that Rabbi did not preserve an ancient list. Instead, he created a new one.

In another passage, the Gemara wonders why the Mishnah included salting and tanning as distinct primary labors, when in reality they are the same thing היינו מולח והיינו מאבד. To resolve this difficulty, both Rabbi Yochanan and Resh Lakish suggest deleting either tanning or salting and replacing it with tracing שירטוט (b. Shabbat 75b).[10] This passage demonstrates the entirely casual way in which late 3rd century CE Amoraim dealt with Rabbi Yehuda HaNasi’s list. Clearly, that list was not sacrosanct or untouchable in the Talmudic era.

Forty Minus One – A Code Word for Rabbinic Authority 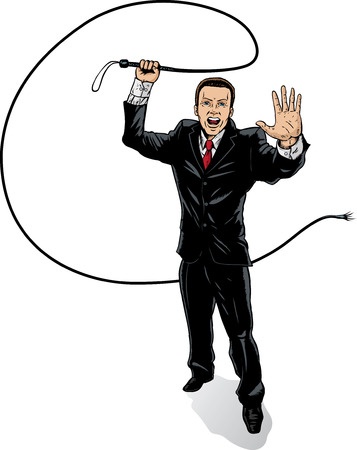 What, then, is the significance of the number thirty-nine?  A clue can be found in the convoluted way in which the Mishnah expresses the number – forty minus one  ארבעים חסר אחת.  The only other place in rabbinic literature where this expression is used is with respect to corporal punishment. The Torah mandates that an offender be subject to forty lashes (Deuteronomy 25:3). Through skilled exegesis the sages reduced the maximum number of lashes to thirty-nine (m. Makkot 3:10).[11]

Rava makes this point dramatically. He states how perturbed he is that foolish commoners would rise in the presence of a Torah scroll, but not for a Torah scholar. He thought the opposite behavior was more logical, since the Torah scroll insists upon forty lashes but the scholar has reduced human suffering by requiring only thirty-nine (b. Makkot 22b).[12]

Forty minus one, I suggest, was coded language for the ability of the sages to make Judaism less harsh. That is why the Midrash juxtaposes the concept of thirty-nine, as opposed to forty, lashes, with the notion of thirty-nine primary Sabbath labors (Numbers Rabbah 18).

The Sabbath was a more somber time for certain sects existing in Second Temple times.  The Pharisaic sages permitted the use of pre-existing fire, making possible household illumination and the consumption of hot food.  The institution of the Eruv permitted one to extend the Sabbath boundary. The Rabbis permitted, even suggested marital intimacy on the Sabbath in contrast to some sects of Second Temple Judaism, which considered intimacy on the Sabbath to be a death penalty offense.[13] These are just some examples of the leniencies crafted by the Tannaim on Shabbat.[14]

As Rabbi Dr. Israel Drazin points out,[15] thirty-nine includes the two notions of the liberating “minus one” and the constricting “forty.”  The Sabbath is supposed to be a time when a Jew shuts down his or her commercial affairs and refrains from constructive activity.  For every leniency countenanced by the sages, there were introduced several prohibitive enactments, designed to erect a protective fence around the Sabbath.[16]

Forty-minus-one prohibited labors was a way of saying that the rabbinic Sabbath should not be an onerous burden of crippling restraints, but an enjoyable religious experience.

[8] See R. Dr. Bin Nun’s article for a detailed discussion of the counting.

[13] See Malka Zeiger Simkovich’s essay for TABS on this, “Intimacy on Shabbat: Was it always a Mitzvah?”.

[14] Other examples include Rabbi Shimon’s rulings permitting the performance of an act that might result in an unintentional labor דבר שאינו מתכוין (b. Shabbat 41b) and permitting labor not needed for its defined purpose מלאכה שאינה צריכה לגופה (b. Shabbat 105b).

[16] For example, the halakhically observant Jew will not handle money (מוקצה), read financial documents (שטרי הדיוטות), or speak of business matters (ודבר דבר) on the Sabbath.

[8] See R. Dr. Bin Nun’s article for a detailed discussion of the counting.

[13] See Malka Zeiger Simkovich’s essay for TABS on this, “Intimacy on Shabbat: Was it always a Mitzvah?”.

[14] Other examples include Rabbi Shimon’s rulings permitting the performance of an act that might result in an unintentional labor דבר שאינו מתכוין (b. Shabbat 41b) and permitting labor not needed for its defined purpose מלאכה שאינה צריכה לגופה (b. Shabbat 105b).

[16] For example, the halakhically observant Jew will not handle money (מוקצה), read financial documents (שטרי הדיוטות), or speak of business matters (ודבר דבר) on the Sabbath.