A New Appreciation of “Adam the First”

The machzor and the Talmud (b. Rosh Hashanah 27a) use the phrase הרת עולם , the day of creation (or “the conception of the world,” used in Jeremiah 20:17 in the sense of “an eternal pregnancy”) for Rosh Hashanah . In light of this, I think it is appropriate to revisit the biblical creation accounts.

It may be surprising to some but the Bible contains many different creation accounts, such as the account in Psalm 104, Proverbs 8, and various passages in Isaiah and Job. The most important and influential accounts, however, are found in the first three chapters of Genesis, if for no other reason than that they open the biblical corpus and set the tone for all that follows. As is well known, these chapters reflect two different accounts of creation, referred to by bible scholars as the Priestly source, which is found in Gen. 1—2:4a, and the non-Priestly source, which is found in 2:4b—3.

In his classic essay, The Lonely Man of Faith, Rabbi Joseph B. Soloveitchik offers a profound theological analysis of two differing accounts, as part of an effort to argue for single authorship.

Soloveitchik sees the Torah as offering us two contradictory perspectives on the place of humankind within the economy of God’s creation that correspond to the contradictory modes of existence within each of us. He sets up a strong dichotomy between the Adam of the first creation story, “Adam the first,” who is bold, socially oriented, and creative in his dealings with God and man, and the Adam of the second creation story, “Adam the second,” who is highly conscious of his mortality, questions his own worth, and longs for intimacy with God and fellow.

Ultimately, Soloveitchik seems to think that a complete synthesis between these two contradictory modes of existence is impossible. We are destined to move back and forth between these two modes of existence, each of which has its legitimate place, at different points in our lives. A life that is totally enveloped in only one of these modes, he believes, is a life that is lacking in the fullness of existence. At the same time, Soloveitchik shows clear preference for “Adam the second.” He is sharply critical of Adam the first, attributing to him an overly esthetic and utilitarian sensibility, and an emotionally shallow orientation to life.

Rereading Genesis 1: The Loss of Adam the First

Based on a different reading of the first creation story, I would like argue for a greater appreciation of “Adam the first.” Put quite simply, there is no “Adam the first.” Soloveitchik follows the common assumption that Genesis 1:27, “And God created man in His image, in the image of God He created him; male and female He created them (ויברא א-להים את האדם בצלמו, בצלם א-להים ברא אתו, זכר ונקבה ברא אותם),” refers to the creation of one man and one woman. This assumption, however, is undoubtedly influenced by the story of “Adam the second,” where creation indeed begins with a single human couple. In Genesis 1, however, this understanding is doubtful.[1] 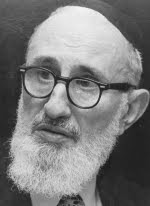 In verse 20, God calls forth from the water “swarms of living creatures, and birds that fly above the earth (שרץ נפש חיה, ועוף יעופף על הארץ),” and in verse 25 we read that God creates “wild beasts of every kind and cattle of every kind (את חית הארץ למינה ואת הבהמה למינה).” Clearly, these singular forms are collective nouns. The “bird” that God called forth from the water was no more a single bird than was “the frog” that rose from the Nile to plague the Egyptians (Exodus 8:2).[2] And no one seems to think that when God created את הבהמה he created a single male and female lion, and a single male and female lamb, and so on. Rather, God created the animals – lots of them, so that they would multiply and fill the earth.

If so, the same thing must be said about God’s creation of האדם. This is not a single human couple, but “mankind” as a category, comprised of lots of males and lots of females. (This collective use of האדם is well-attested in other biblical texts; see e.g. Exodus 9:9; 33:20.) The substantial community of males and females are created in the צלם א-לוהים. This is not a trait attributed to the isolated Adam of Genesis 2.

When I first pondered this matter and came to accept the idea that האדם is a collective noun, I immediately felt a distinct sense of loss. I had always cherished the teaching of the Mishnah (Sanhedrin 4:6) that God created all of mankind out of a single, common ancestor in order to teach us that each individual merits the creation of the entire world, and so that no individual (or nation!) may make claims to a superior lineage. Upon further reflection, however, I realized that the lessons drawn by the Mishnah still hold true with regard to the second story of creation, and that the new understanding of the first creation story should be seized upon as an opportunity for seeking out other lessons. What, then, may we learn from the idea that mankind was created in the form of a community of males and females, and not just as an individual, or a single couple?

Genesis one presents humanity as created by God in the form of a human community, charged with the task of “conquering” the world as a community, and if it is as a member of the human community that the human reflects the צלם א-להים. There is thus little reason to belittle the spiritual and emotional significance of this community. The larger family unit, for example, does not partake in the same kind of intimacy as does the couple, yet few would limit its value and importance both emotionally and spiritually. The same may be said for the broader community. Community, at its best, can and should be both emotionally supportive and spiritually uplifting. If it is not, something is wrong.

Exegetically, I would argue that the charge to the divinely created community in Genesis 1 to fill the world and master it serves as a kind of corrective to the story of the tower of Babel in Genesis 11. Taken alone, the non-Priestly story of the city and tower of Babel points to the essentially negative character of the human desire to remain together and rooted in a community. This desire could be taken as inherently sinful, reflecting an illegitimate quest on the part of the individual to overcome mortality by identifying with a great communal project that bestows a “name” in the realm of the collective.

The later priestly narrative of Genesis 1 offers a moderating voice. The fact that God created humankind as a great collective, and charged that collective to fill the world and conquer it, clearly indicates that there is nothing wrong per se with communal existence and collaboration. The value of the community depends on how we direct our communal activity. If it is directed horizontally, toward the expansion and betterment of society, it may constitute a reflection of the divine image. If it is directed vertically, against heaven, it is an effacement of that same image.

On Rosh Hashanah we recall the time of creation. Though many of us focus on our individual “heshbon nephesh,” the analysis of the first creation story may remind us of the need for heshbon nephesh on the communal level as well. In fact, the Amidah of Rosh Hashanah is all about the collective Adam[3] and the Yom Kippur confessions are all written in the plural.

As we stand together to listen to the Shofar we might ask ourselves if the communities in which we live and participate genuinely reflect the fact that we were created as a community. Do they enrich us and inspire us, or have they become as alienating or misdirected as building project of the tower of Babel? Are they utilitarian and shallow or do they promote true fellowship? On Rosh Hashanah God built the human community. It is our task today to ensure that that building is well founded.

[2] I say this despite the midrash from b. Sanhedrin 67b cited by Rashi that indeed understood that at first a giant frog emerged, which only subsequently broke up into millions of little frogs.

[3] This is true of Yom Kippur as well, as can be seen from the Yom Kippur confessions, which are all written in the plural.

[2] I say this despite the midrash from b. Sanhedrin 67b cited by Rashi that indeed understood that at first a giant frog emerged, which only subsequently broke up into millions of little frogs.

[3] This is true of Yom Kippur as well, as can be seen from the Yom Kippur confessions, which are all written in the plural.

Prof. Rabbi David Frankel is Associate Professor of Bible at the Schechter Institute of Jewish Studies in Jerusalem, where he teaches M.A. and rabbinical students. He did his Ph.D. at the Hebrew University of Jerusalem under the direction of Prof. Moshe Weinfeld, and is the author or The Murmuring Stories of the Priestly School (VTSupp 89) and The Land of Canaan and the Destiny of Israel (Eisenbrauns).

Prof. Rabbi David Frankel is Associate Professor of Bible at the Schechter Institute of Jewish Studies in Jerusalem, where he teaches M.A. and rabbinical students. He did his Ph.D. at the Hebrew University of Jerusalem under the direction of Prof. Moshe Weinfeld, and is the author or The Murmuring Stories of the Priestly School (VTSupp 89) and The Land of Canaan and the Destiny of Israel (Eisenbrauns).