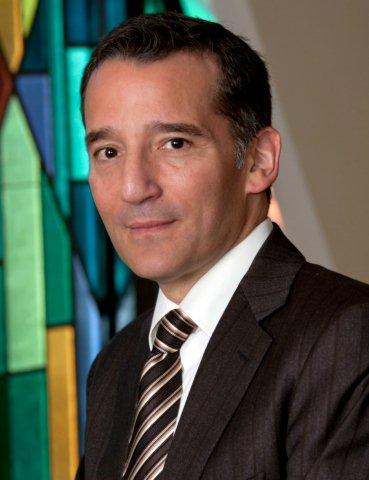 When I spoke of archaeologist’s doubts about the Exodus to my congregation more than a decade ago, my words were not only similar to articles that had appeared in Israeli newspapers, but echoed essays in the Etz Haim Chumash that the congregants held in their hands.  No one familiar with the teaching of Conservative Judaism in its rabbinical schools in the last half century could have been shocked.  The storm that resulted was an indicator of many things, but prominent among them was that Conservative Rabbis learn truths they do not teach.[1]

In the early days of the Jewish Theological Seminary, Solomon Schechter dubbed biblical criticism “Higher Anti-Semitism.”  For Schechter however, this was not a blanket indictment of modern study of the Bible, but rather an accurate, if incomplete, observation about its place in the writings of Wellhausen and other German critics who had a strong Protestant, suppersessionist bias, and were interested in showing the superiority of the New Testament.   As Protestant biblical scholarship has changed over the last century, that agenda no longer exists.  Indeed, some of the best modern scholars are committed Jews.  Modern study (which is a term preferable to ‘criticism’ with its unintended implication of censure), is ubiquitous in universities.  Nowhere, absent a prior theological commitment, is the Bible studied without constant reference to the thousands upon thousands of scholarly papers, books and discoveries of modern academic researchers.

Many Jews, of all denominations, find that modern scholarship shakes the very foundations of their belief.  If God did not write the Torah, how can it retain authority over our lives? Conservative Judaism is an attempt to retain the system while discarding or at least modifying a central pillar of that same system.

Theologians have offered alternative ways of valuing the text.  God is said to have participated with human beings in its writing, or human beings wrote under divine inspiration.  In the more radical formulations, the tradition is a reaching toward God, in that sense not essentially different from other traditions that seek God, though unique in history and patterns of life.

Effective as many of these proposals may be, they are substitution strategies; replacing the once sturdy pillar of literal Divine authorship with ways of understanding the text that are intellectually more coherent, academically more reputable, but religiously more problematic. Conservative Judaism emphasizes traditional texts that permit these more modern conceptions to claim distinguished antecedents.  The Talmud is capacious enough and contains a variety of theologies.  Still, the overwhelming tradition consensus is of full, literal Sinaitic revelation of most, if not all, of the Torah.

Modern scholarship enriches our reading of Torah.  Words are given other contexts and valences by linguistic study.  The better we know the world of the Bible the more we can understand the implications of Abraham passing Sarah off as his sister or appreciate the innovations in Jewish law by evaluating differences with the legal codes of other ancient societies.  In teaching academic approaches Rabbis and scholars are hoping to integrate a modern world view with ancient imperatives.  At times the joining is seamless; but often there is a sense that learning the truth cuts against living the Truth.

The Conservative movement has many challenges and undoubted strengths.  This theological conundrum stands at the heart of what is right and what is wrong.  It is virtually impossible to study the corpus of modern scholarship and retain the unshaken conviction that the Torah is the literal word of God.  There is too much in the sweep of other Semitic writings, moral questions, textual history, science, archaeology and so on. Probity demands assent to the conclusions of scholarship that human hands left their messy prints on our Torah.

Dodging uncomfortable realities of the climate in which we live is foolish.  Accepting computers and vaccines while disdaining carbon dating is intellectually schizophrenic.  Conservative Judaism has an admirable record of intellectual daring and insight.  What plagues us is the inability thus far to craft a vision that will compel more of those who stand at the edges or periphery of the tradition, heirs to the questions who lack an answer.

No great movement of Judaism can survive without responding to this: what does God want of us?  The answer in its details may be as nuanced as imbricated as a fine tapestry, but the main thrust must be clear: God wants us to observe the Torah, or wants us to fix the world, or wants us to — well, what?  The Conservative Judaism that has surfaced, gasping but immensely rich, from the realizations of modern scholarship, has given many answers to that question.  But as Chekhov once observed about disease, if there are many cures, it proves that no single one works.

There has long been a disconnect between American Jewish theology and practice. Some who believe in God and Torah, at least in theory, do not practice.  Some who practice, if pressed, admit in the realm of belief to serious doubts.  I once heard a noted scholar publicly declare that he simply puts his scholarship aside when he prays and does not allow what he knows to interfere with what he believes.  For most of us, however, a continuity between what we believe and what we do is both healing and motivating.  So what can modern thinkers say, hand in hand with modern scholars, to help make their fields mutually fructifying — to create a Judaism (forget the denominational labels for a minute, just a Judaism) that is intellectually honest and ritually alive?

I have tentative responses to that question, but that is the subject of another time and another essay.  For now I want to frame Conservative Judaism’s task not in terms of sociology or institutional challenge.  There is an ideological dilemma that is part of the freight of modernity.  However complex its origin, Torah is our precious inheritance:  What must we do if we cannot believe what our ancestors believed but we wish our children to love what they loved?

[1] For more of my thoughts on this matter, see my article: “Did the Exodus Really Happen?” For more on the fallout, see here.

[1] For more of my thoughts on this matter, see my article: “Did the Exodus Really Happen?” For more on the fallout, see here.

Rabbi David Wolpe is the Rabbi of Sinai Temple in Los Angeles, California. He received his rabbinical ordination from JTS. Named the most influential Rabbi in America by Newsweek Magazine and one of the 50 most influential Jews in the world by the Jerusalem Post, David Wolpe is the author of seven books, including the national bestseller Making Loss Matter: Creating Meaning in Difficult Times. Rabbi Wolpe’s new book is titled, Why Faith Matters.

Rabbi David Wolpe is the Rabbi of Sinai Temple in Los Angeles, California. He received his rabbinical ordination from JTS. Named the most influential Rabbi in America by Newsweek Magazine and one of the 50 most influential Jews in the world by the Jerusalem Post, David Wolpe is the author of seven books, including the national bestseller Making Loss Matter: Creating Meaning in Difficult Times. Rabbi Wolpe’s new book is titled, Why Faith Matters.