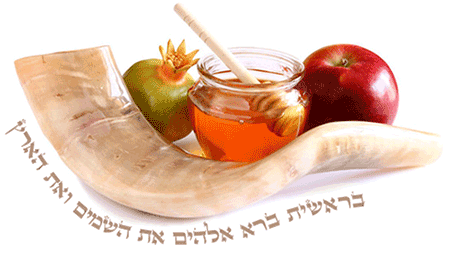 Theologians of the ancient Near East made sense of idolatry through the ritual dedication of the statues that made them into gods.

Deuteronomy deals with idolatry in several places. Most famously, the Decalogue warns against the worship of man-made images:

Deut. 5:8 You shall not make for yourself a sculptured image, any likeness of what is in the heavens above, or on the earth below, or in the waters below the earth. 9 You shall not bow down to them or serve them.

This same prohibition appears elsewhere, where the Torah polemically describes the inanimate nature of such statues, calling them:

Deut. 4:28…man-made gods of wood and stone, that cannot see or hear or eat or smell.

A similar perception is found also in other Biblical texts such as Psalms 115 and 135, as well as Isaiah 44.

Deuteronomy makes it clear that the Israelites should not worship human-made cult images or celestial bodies, unlike the people around them. These biblical texts are all polemical, and do not offer much insight into the mindset of the ancient Near Eastern idol worshipper.

Worship of Images and Celestial Bodies in the Ancient Near East

A wider look at ancient Near Eastern religions from the inside offers insight into the religious perception of their practitioners. We may reconstruct ancient Near Eastern religion from archaeological finds, including ancient temples and other cultic sites, as well as from the many texts written in cuneiform script on clay tablets in the Akkadian language (the main Semitic language of ancient Mesopotamia).

Who were the gods of ancient Mesopotamia? Or better, what were these gods? The answer is not straightforward. Each god could have various aspects, none of which was solely the god itself:

Thus, the god Shamash was cosmically associated with the sun, in charge of the trait of justice, and physically dwelled as a statue in the main temple of his city, Sippar.

Physical Images of a God

The last aspect, the physical-cultic one, is the one which seems most strange to us, and is the subject of much of the biblical polemic.

The image of the god was usually anthropomorphic (although symbolic images, usually of celestial bodies, also existed), and made from wood and stone, and usually covered with precious metal. It sat in the innermost cella of the temple, where the priests presented offerings and recited prayers before it. But were they so naive as to think that a statue made by man could actually hear their prayers and eat their offerings?

The Washing of the Mouth Ritual: Dedicating an Idol

We can get some insight into their thought by examining the ritual in which the divine image, made by human hands in a workshop, was transformed into a god worthy of cult. This ritual, lasting two days, was called the “mouth washing” ritual and included seven washings of the mouth of the image. In the following, the ritual will be summarized according to tablets found at Nineveh that were written mainly in the seventh century BCE.[1]

The Opening Offering and Filling of the Bowls

On the morning of the first day, the priest responsible for the entire ritual goes out to the riverbank. He makes an offering and draws water from the river into seven bowls. He fills these bowls with plants, herbs, various stones, oils, honey, and then returns to the city with the bowls.

Back in the city, the priest enters the workshop where the statue of the god was manufactured and performs the first mouth washing on the statue, using the first bowl brought from the river.

The Sacrifice to Ea and “Return” of the Craftsmen’s Tools

The priest now takes the statue out to the river, accompanied by the craftsmen who built the statue in the workshop. When they arrive, the priest sacrifices a ram. He then takes the thigh of the ram and the craftsmen’s tools—an ax, a chisel, and a saw— inserts them into the thigh and throws it into the river. The river is the domain of the god Ea, an ancient and powerful god of the sweet waters, but also the god of wisdom and technical skill, and specifically, the god who oversees the creation of the statue.

The act of throwing the tools into the river signifies that the tools used by the craftsmen to construct the image are considered the property of Ea. Once the statue has been completed, the tools are returned to Ea together with an offering. Thus, this ritual act attempts to deal with the paradoxical creation of the god by human craftsmen by asserting that the tools used in his creation belong to the divine world, specifically to the god Ea.

The Incantation to Ea, God of Water

The priest performs the second mouth washing. After this washing, he recites the following incantation to the god Ea three times:

He who comes, his mouth is washed! May he be counted among the gods, his brothers! Take away the ax, chisel, and saw of the craftsmen, all that came near him, from its (i.e., the ram’s) body! This god, oh Ea, is washed! Count him with his brothers!”

This incantation expresses the wish that the statue will become a god like his fellow gods.

The Morning Incantation: Request to Grant the Statue the Power to Hear, Eat, and Drink

The priest now seats the statue on a reed mat in a garden near the river. He performs the third and fourth mouth washings, and then the statue remains on the riverbank all night.

In the morning, the priest performs offerings and recites an incantation to the great gods of the universe:

“… (Oh gods), be present on this day! Be present for this statue before you!

Determine its destiny greatly that its mouth may eat,

That its ear may be set for hearing! …”

The great gods are asked to “determine the destiny” of this statue so that it can eat and drink and hear—or, in other words, so that the statue can hear the prayers directed to him and eat the offerings presented to him.

The priest performs the fifth mouth washing. The priest then recites another incantation, from which I quote selectively:

“When the god was fashioned, the pure statue was completed,

The god appeared in all the lands. …

This statue was created in the entire heaven and earth …

The statue is an image of the gods and of man …”

“… This statue cannot smell incense without ‘opening the mouth,’

The wording of the incantation is very similar to the polemic in Deuteronomy, cited above, where the cultic images are described as gods “which neither see, nor hear, nor eat, nor smell” (Deut. 4:28).

In the Mesopotamian ritual too, the fact that the statue is not yet fully animate and cannot eat, drink, or smell is acknowledged. But the recitation of this incantation, along with the other cultic acts, will give the statue these powers. In just a few hours the statue will be able to smell incense and eat and drink offerings, and, as the direct manifestation of the god, to participate in cult.

The Symbolic Chopping off the Craftsmen’s Hands

The priest now performs the sixth mouth washing. At this point, a dramatic act occurs. The priest binds the hands of the craftsmen who created the statue, and cuts them off—symbolically—using a wooden sword. At the same time, the craftsmen say the following while their hands are supposedly being cut off:

As in the earlier symbolic action, when the tools of the craftsmen were thrown into the river and returned to the god Ea, here too the cutting off of the hands symbolizes that the creation of the god was not divine. The violence represented in this symbolic act indicates just how important it was to deny any connection between the human hands of the craftsmen and the divine creation of the gods.

The priest now heads back to the city, and finally seats the god on his throne in the temple. He performs the seventh and final mouth washing, and dresses the god in his crown and garments. The image of the god is now finally a complete god worthy of cult.

The Ritual as a Solution to an Inherent Tension

Although it is paradoxical to imagine a statue eating offerings and hearing prayers, this was a crucial part of the way in which divinity was perceived in ancient Mesopotamia. The long ritual described above was meant to alleviate or negotiate this paradox, and to give the god the powers (s)he needed to exist not only in the mythical and natural worlds, but in the earthly, human, and concrete world as well.

Returning to the biblical text, the Torah surely holds a polemical attitude towards the ancient Near Eastern physical image of god. Some scholars claim that this polemic is due to an actual knowledge of the Mesopotamian “washing of the mouth” ritual, while other scholars (with whom I tend to agree) do not see in the biblical polemic an indication for such knowledge.

In any case, the Bible does not acknowledge the ancient theological perception that stood behind the worship of the cultic image of the god, and the ancient attempts to deal with the paradoxes it creates. Instead, much of the Bible, and Deuteronomy in particular, insists that the Israelite God must be worshipped aniconically.

Feminist Biblical Interpretation: History and Goals
Dr.Sarah Shectman
The Incident of Nadav and Avihu
Prof.Edward L. Greenstein
Balaam the Seer: From the Bible to the Deir ʿAlla Inscription
Prof.Carl S. Ehrlich
What Makes Something a Miracle?
Prof.Michael Avioz
Symposium:More Responses
No items found.
No items found.