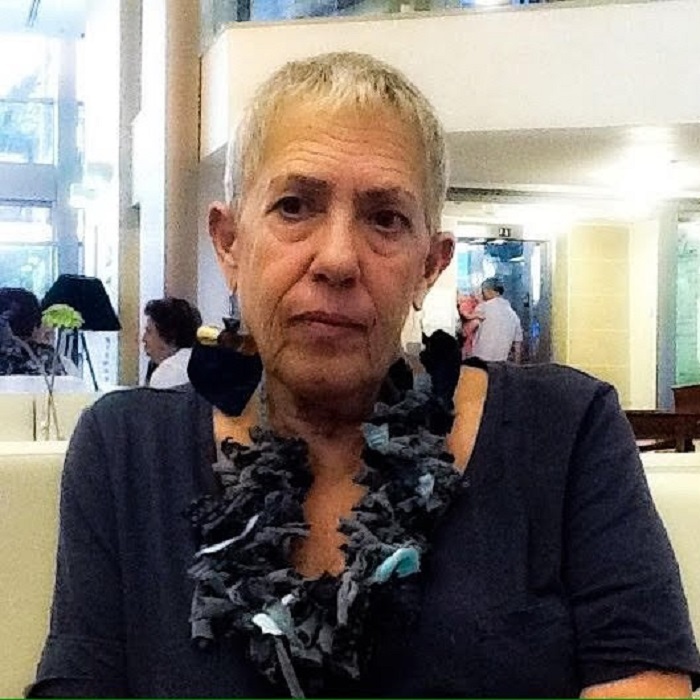 My parents, originally Ostjuden,[1] immigrated to Palestine/Eretz Israel in their late teens. They defined themselves as Labour Zionists and traditionalists, believers but not religious in the organizational sense. Kashrut was kept, as well as Kabbalat Shabbat: candles, kiddush, the works. Major holidays—Passover, Rosh Ha-Shanah, Yom Kippur, Sukkot, Shavuot—were celebrated according to accepted Ashkenazi rituals. Jahrzeit (the anniversary of a loved-one’s death) was always an occasion for synagogue attendance. And yet, Saturdays and holidays were for travel: beach, visits, relatives.

The bible in this my early life experience was present-absent: present through the holiday rituals and unloved school bible classes and general culture, but absent as a source of identity. As a child and teenager, I viewed my parents’ selective observance as hypocritical and self-comfort-induced. Jewishness without orthodoxy seemed illogical. Up till after my army service I defined my identity as a-religious, non-believer, Israeli of incidental, and hardly important, Jewish origin.

This changed upon my first trip out of Israel. My ex-husband’s parents had an agricultural farm and shop, in South Africa. We went there to help the in-laws. That was still Apartheid time. They were situated among farms of veteran-army Afrikaner farmers, mostly highly Orthodox Dutch Reform Church type. They nicknamed my father-in-law, whom they feared and respected, The Jew.

The Afrikaners viewed me as a piece of exotica. They asked me to describe the country of Israel. They wouldn’t believe Hebrew was my native tongue: they kept asking me to say something in Hebrew, mumbling in awe, This is the original language of the bible... they inquired what religion I was born into.

They wouldn’t believe I was Jewish, like my ex-husband’s family. They consulted among themselves for a long time, and then came up with a satisfying solution: I was not Jewish. I was an “Israelien,” a direct descendant of biblical figures by being born “there,” and as such worthy of much more respect. Case closed.

For me this was an opening, not a closure. This was my first encounter with anti-Semitism, overt or covert, hitherto known abstractly only from history classes. It was the first reminder that emic (insider’s) view of the self isn’t enough: etic (outsider’s) view is as defining if not more.

For the first time ever, I felt I had to learn more about my Jewishness, which until then I repressed because, for me, it had an Orthodox, doctrinaire tinge which I disliked, but knew precious little about. After much deliberation, I decided a first step towards this goal would be to study bible at a university in Israel upon our return. So I enrolled at Haifa University for English and bible majors.

Getting hooked on biblical studies was immediate. It opened a world that, unlike bible classes at school, was based not only on repetition and text recognition but also on criticism. It introduced medieval and earlier Jewish bible commentaries, thus paving an entryway for more knowledge about Jewish literature and customs. Slowly but surely, it showed how non-Jewish and Jewish interpreters differed in their approaches, according to their circumstances and ideologies.

The bible, I learned, belongs, properly, to everyone: Jew and non-Jew, secular and religious alike. The privilege of owning it was not restricted to the religious orthodoxy. As I became more familiar with the bible as viewed through a critical lens, it proved itself to be a wonderful collection, while at the same time, not everything in it was wonderful and certainly, not to be followed uncritically.

Together with this more nuanced view of the bible, I began to evolve a more nuanced Jewish identity. It was a long process, and was helped along by teachers, many of them excellent and thought provoking, throughout the B.A. and M.A. stages. To mention but a few: Meir Weiss, Rafi Weiss, Alexander Rofé, Avi Hurvitz, Menachem Haran, Shlomo Morag, and Moshe Weinfeld.

My own work in biblical studies took me to lexicographic/semantic inquiry, then literary criticism, then feminist criticisms, then ideological criticisms of many hues, and back to past Jewish commentators, especially those written in Arabic.

When I look back upon my—still ongoing—journey, I can see how it really began with that forceful experience of being defined as a Hebrew speaking “Israelien,” not a Jew, decades ago in South Africa. Years of life as a biblical scholar, both in Israel and abroad, changed my identity profoundly: My position now is that I am both Jewish and Israeli, in equal measures. For me, biblical studies fulfilled many life functions. Still a non-believer secularist, my Jewish identity was gained by an increased knowledge about my heritage. And the multiple Jewish identities open to others.

Do I have wishes for further developments in the field? Most certainly. Broadly speaking, in three subfields: In the so-called Dead Sea Scrolls, both those long ago found but still requiring research, and those recently discovered; the superb heritage of bible translation and commentary in Arabic and other Jewish languages, relatively neglected in research; and ideological bible criticisms, including feminist criticisms and a decentering of the discipline from its Christian and Euro-American base to a broader cultural and geographic base.

Prof. Athalya Brenner-Idan is Professor (Emerita) of the Hebrew Bible/Old Testament chair at the Universiteit van Amsterdam, and was Professor of Biblical Studies at Tel Aviv University. She holds a Ph.D. from Manchester University, an honorary Ph.D. from the University of Bonn, and an M.A. from the Hebrew University. Among her publications are, I Am: Biblical Women Tell their own Stories and The Israelite Woman: Social Role and Literary Type in Biblical Narrative. She is also the editor of the series, A Feminist Companion to the Bible (20 volumes), and co-editor (with Archie Lee and Gale Yee) of the Texts@Contexts Series (7 volumes to date).

Prof. Athalya Brenner-Idan is Professor (Emerita) of the Hebrew Bible/Old Testament chair at the Universiteit van Amsterdam, and was Professor of Biblical Studies at Tel Aviv University. She holds a Ph.D. from Manchester University, an honorary Ph.D. from the University of Bonn, and an M.A. from the Hebrew University. Among her publications are, I Am: Biblical Women Tell their own Stories and The Israelite Woman: Social Role and Literary Type in Biblical Narrative. She is also the editor of the series, A Feminist Companion to the Bible (20 volumes), and co-editor (with Archie Lee and Gale Yee) of the Texts@Contexts Series (7 volumes to date).

Bible Criticism Allows Me to Keep My Jewish Connection
Prof.Shawna Dolansky
Israel’s Army: What Is the Basis for the Draft in Jewish Law?
Prof.Robert Eisen
Judith: A Chanukah Heroine?
Prof.Deborah Levine Gera
What Was Life like in Biblical Times?
Prof.Oded Borowski

From the Visigoths to the Bible