I believe that current biblical scholarship which undermines the traditional belief in the textual integrity of the Torah and its’ accurate historicity provides a precious opportunity to engender a spiritual revitalization of traditional Judaism. Through the following reading of the smashing of the luchot and by analogy, I wish to explain why I believe this.

The smashing of the divinely fashioned luchot by Moshe is one of the most dramatic scenes in the Torah. The Sages related to the event in an ambivalent manner. On one hand the Mishnah in Ta’anit (4:6) says that on the 17th of Tammuz the luchot were smashed; one of the reasons attached to the day of mourning. In contradistinction, we have the well-known Talmudic passage from Shabbat 87a in which God is described as saying to Moshe, “All the power to you for smashing them.”[1]

The Paradox of the Written Word 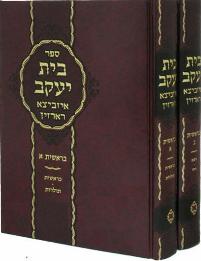 This mixed message betrays the inherent problem with the written word serving as an instrument designed to preserve divine revelation. How can the “dead letter” enshroud the “Living God?” To paraphrase King Solomon’s prayer at the inauguration of the Temple, ‘behold the highest heavens cannot contain You, yet you shall be contained in the written words of the Torah’?

R. Ya’akov Leiner of Radzyn (Beit Ya’akov, Mishpatim 4) noted a curiosity in the narrative of the giving of the Torah at the end of parashat Mishpatim (Shmot 24: 3-7).

The respective responses, R. Ya’akov Leiner claims, are rooted in the medium used in the presentation of the Torah. In v.3, Moshe communicates verbally while in v.4 and 7, the people are informed through the written word. Verbal communication is associated with unmediated experience, which engenders the reflexive response of na’aseh. Only as a consequence of the inability to tolerate such spiritually intensity does it become necessary to invoke the written word as an intermediary between God and Israel.[2] The response here is na’aseh ve-nishma, namely that action is contingent upon proper understanding and self-conscious reflection. The written word, the text, has replaced the fire of the living experience.

Our relationship with the written word is ambivalent, then. The book simultaneously preserves the revelation while symptomizing the diminution of its spiritual potency.

The Hazards of the Written Word

R. Meir Simcha of Dvinsk (Meshekh Chokhmah Ki Tisa) saw a danger in the introduction of the Written Word as an intermediary between God and Israel.

“‘And Moshe was enraged and threw down the luchot…’ That is to say that there is no sanctity in the world other than the existence of the Creator. Had Moshe brought the people the luchot, they would have merely substituted the golden calf with the luchot, adhering to their error. However, when he smashed the luchot the people understood that they had not yet acquired perfect faith in God and his pure Torah.” 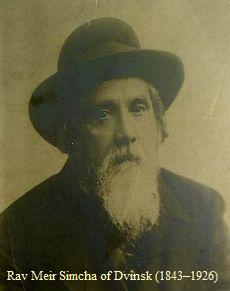 It was necessary for Moshe to smash the luchot lest the people merely exchange their fetish-like attachment to the golden calf with the luchot. Here we have echoes of the famous Kotzker critique of the mitnagdim. “Hasidim,” the Kotzker is reputed to have said, “worship the Ribono shel olam while the misnagdim worship the Shulkhan ‘Arukh.”

The smashing of the luchot, according to R. Meir Simcha, precipitates a paradigm shift for the people. The consciousness of the people is redirected toward God, the Giver of the Torah and away from the Torah as a fetish-like end in itself. The shards of the first luchot are placed in the Holy Ark alongside the second luchot, as a constant reminder.

R. Mordechai Yosef Leiner of Ishbitz (1800-1854; the father of R. Ya’akov Leiner quoted above) anticipates just such a paradigm shift as part of the spiritual development of the Jewish people and their attainment of spiritual perfection. The shift is essential to his eschatology. In his Mei HaShiloach, commenting on the Talmudic passage in Shabbat 138b that, “The Torah is destined to be forgotten by Israel”[3] he states,

The will of God will be hidden [hester panim] and people will have no recourse to the guidance and understanding of the words of the Torah…. Then the edification will be complete and Israel will anticipate God’s will through the depths of their hearts [rather than the commandments of the Torah]. Consequent to their true clinging to God their hearts will not deviate from His will and it will become clear that they cling to God and that the Torah, God and Israel are one.

R. Mordechai Yosef is describing an evolution from the traditional model of God the metzaveh (He who commands) and Israel as metzuveh (commanded), to an organic model of revelation, where the innermost nature of Israel is God’s nature. As metzuvim, Israel knows God’s will through the mediation of the Torah. In the future, however, when the Torah is forgotten, Israel will learn to cling to God’s will intuitively, through a deep spiritual connection that binds Israel, God, and Torah together.

Thus, the “forgetting” of the Torah, through hester panim, is a necessary prerequisite to the more refined spiritual development of which R. Mordechai Yosef speaks. Paradoxically, God must hide in order to grant Israel the opportunity to dig deep down inside themselves to uncover their Godly nature.

I believe that current biblical scholarship which undermines the traditional belief in the textual integrity of the Torah and its’ historicity is such a “hester panim.” It provides a precious opportunity to engender an analogous paradigm shift today, refocusing our spiritual energy from the Torah to God, the Giver of the Torah.

It is telling and sad that much of the debate in the Orthodox community, which erupted approximately six months ago, revolved around sociological definitions of what it means to be Orthodox.[4] Very little was said about God, revelation or commitment to avodat Hashem. That an issue with such momentous theological import should be reduced to sociology boggles the mind and is in itself symptomatic of the desperate need for the paradigm shift of which I speak.

To be sure this approach is not devoid of hazards. God is playing a dangerous game according to R. Mordechai Yosef. God conceals the Torah in order to test our mettle. The interiorization of the Torah is not trivial and needs to take place in gradual and subtle ways of learning, devotion and Yirat shamayim. It is justified to mourn the loss of the familiar certainty yet we must recognize the opportunity for revitalization that it affords.

I see from the feedback from some readers who might be unfamiliar with our tradition of nistar and hassidut,that the idea of a paradigm shift away from authority in the direction of the heart, is novel and disturbing and hence not so easily absorbed. Therefore I would like to supplement my piece with these two points.

1) R. Meir Simcha’s reference to the centrality of the Torah is when the Torah is an expression of the Will of God. Fixation on the Luchot represents adherence to the Torah while losing sight of the element of the Will of God. The juxtaposition is not the content of the Torah as opposed to some empty and totally inexplicable fascination with the luchot as physical objects. By analogy, the Ramban says as much when he explains that the worship of the Golden Calf is actually the worship of an aspect of God’s personality, so to speak (Middat haDin); not whether they believe in God but how they believe in God. It is not the content of the Torah that RMS (nor I) is speaking about. The point is much more subtle. It is not whether we believe and practice the Torah but how we believe and practice which is at stake here. This is clear from R. Meir Simcha’s reference to the story in Sefer Shmuel where the prophet’s description of the ark as the seat of the Lord of Hosts is juxtaposed to the people’s perspective of the ark as a magical weapon. The question there is not about content as opposed to empty fixation. The significance of the ark is recognized; the question is the source of the potency. Is the power magical or does is it derived from God’s Will?

2) The eschatology of Mei Hashiloach is extremely relevant for “this world”. The tension between adherence to the Law as revealed as opposed to the refined and passionate charge of the heart as a more profound revelation of God, is a central and recurring theme in the MH. For RMY the Divine will and the laws of the Torah are not synonymous. God’s will is infinite and “very deep.” To the extent which God and His Will may be known at all it is through an emotive faculty associated with the heart. In parashat Vayakhel ( p.97-98) RMY has Moshe calling for a paradigm shift from the intellect to the heart in order to comprehend God . The laws are required in the absence of clear knowledge of the Divine Will. The following sources are from the Mei HaShiloach Part I: Parshat Bereishit p.15, Vayera p.27, Vayeshev p.47, Vayechi p. 59, Shmini p.105, Emor p.126, Behukotai p. 135, Hukkat p. 159, Pinchas p. 165, Ki Tetze p. 189. I have dealt with these sources in detail and in the context necessary to properly understand the MH in an article which I wrote last year. It can be downloaded here.

[4] See my initial response to this conflict, in my essay, “The Challenge of Biblical Criticism: Dogma vs. Faith.”

[4] See my initial response to this conflict, in my essay, “The Challenge of Biblical Criticism: Dogma vs. Faith.”

Rabbi Herzl Hefter is the Rosh Beit Midrash Har’el, in memory of Belda Kaufman Lindenbaum, in Jerusalem, an advanced Halacha study program for rabbinic ordination, open to men and women. Rabbi Hefter has taught the Kollel fellows at Yeshivat Hamivtar, the Gruss Kollel of Yeshiva University and served as the head of the Bruria Scholars Program at Midreshet Lindenbaum. He is a graduate of Yeshiva University and received his ordination from Rabbi Aharon Lichtenstein at Yeshiva Har Etzion.

Rabbi Herzl Hefter is the Rosh Beit Midrash Har’el, in memory of Belda Kaufman Lindenbaum, in Jerusalem, an advanced Halacha study program for rabbinic ordination, open to men and women. Rabbi Hefter has taught the Kollel fellows at Yeshivat Hamivtar, the Gruss Kollel of Yeshiva University and served as the head of the Bruria Scholars Program at Midreshet Lindenbaum. He is a graduate of Yeshiva University and received his ordination from Rabbi Aharon Lichtenstein at Yeshiva Har Etzion.