Ben Zion Katz, M.D., author of A Journey Through Torah: A Critique of the Documentary Hypothesis, describes his interest in academic biblical scholarship and why, even so, he is skeptical of many of the guild’s conclusions.

Dr Ben Katz is a Professor of Pediatrics at the Northwestern University Feinberg School of Medicine and an Attending Physician  in  the Division of Infectious Diseases of the Anne and Robert H Lurie Children’s Hospital of Chicago.  He is the author of over 50 peer-reviewed medical publications as well as studies of Jewish interest related to Bible, liturgy and the calendar published in journals such as Tradition, Bechal Deracheha Dehu and Jewish Bible Quarterly.  He has recently published A Journey Through Torah: A Critique of the Documentary Hypothesis, Urim, 2012.

1. How did you come across academic biblical studies?

I have been interested in these issues since my last year of high school, when I learned of E. A. Speiser’s Anchor Bible volume on Genesis from a young rabbinical student, and the following year at Touro College, where I took courses in Western literature and the Ancient Near East with Professor Albert Baumgarten. For me, this has led to a life-long passion where I have read much primary, scholarly literature in the field as well as material written for ambitious lay readers. The culmination of this study came upon my publishing a short book (A Journey Through Torah: A Critique of the Documentary Hypothesis [Urim, 2012]) in which I have set forth my thoughts on these matters.

2. Can you give us a short overview of your book?

In the first 2 chapters of my book I critically examine the linguistic and literary evidence for the Documentary Hypothesis. In chapters 3-8, I demonstrate that traditional Bible exegetes can also be quite critical, in ways that would probably not be acceptable in today’s yeshiva world. In the concluding chapter I provide an approach that I believe is traditional and academically sound, based on early sources that assume the pre-existence of scrolls that Moshe then incorporated into the Torah.

3. As a traditional Orthodox Jew, why do you value academic study?

An academic by nature, I cannot shut off my academic brains when I study Jewish texts.  As an experimentalist and a practitioner of evidence-based medicine, it takes hard data to make me change my mind.  With this outlook, I believe that Orthodox Judaism today is much less broad than Rabbinic Judaism has been in centuries past, but at the same time, modern, academic Bible scholarship is not always the hard science many of its practitioners claim it to be.  Be that as it may, modern academic scholarship has much to teach the faith community who take the Bible religiously, be they Orthodox Jews or fundamentalist Christians.

4. Can you give us some examples of what academia has taught you about Torah?

Yes. The tragic story of Yiphtach and his daughter (Judges 11:29-40) cannot be understood without realizing that houses in ancient Israel were constructed on 3 sides of a courtyard, with the animals housed outside (where we today would often have a lawn); thus when Yiphtach rashly vowed that he would sacrifice the first thing that came out of his house after his battle with the Ammonites (Judges 11:30-31) he thought the first thing that would come out to greet him would be an animal, not his daughter.  Egyptologists explain that Joseph’s Egyptian name Tzaphnat Pa-aneah means “sustainer of life” an apt name for the one who saves Egypt from famine, and that Moshe’s name means born of (water), while Ramses’ name means born of Ra.

5. Was there ever a time that in your life that you did not accept the traditional belief?

Not really.  I have never been convinced of the evidence for the Documentary Hypothesis. However, unlike a fundamentalist (and as I say in my book) I can outline the type of proof that would persuade me of its truth – e.g. finding a scroll similar to P or D. Right now, for me, the Documentary Hypothesis is like evolution without fossils.  If hard evidence were ever discovered, I would need to rethink my approach.

6. Assuming no preexisting faith commitments, would you still say that single authorship by Moses is more reasonable than the Documentary Hypothesis or is it just that the former is theoretically defensible, and that is sufficient, in your mind, to uphold your faith commitments?

I think single authorship is a viable opinion, as is the present scholarly consensus for example for the Iliad and the Odyssey.  This does not mean that certain portions could not have been added later (a la Ibn Ezra or Rav Yehudah Hachasid), although I agree that for the legal sections of the Torah (for which I am currently withholding judgment) this is much more problematic from a traditional viewpoint.

7. Prof. Jacob Wright recently said in an interview that, “There’s absolutely no doubt in the academic community that the Torah emerged over time.” What do you think of this claim?

I also believe some of the Torah emerged over time, as is true for the stories of Genesis that predate Moshe and certain portions that were added later, as I have already mentioned. I still don’t see why the bulk of Exodus-Numbers could not have been written by Moshe during the sojourn in the desert, with the bulk of Deuteronomy being written by him towards the end of his life. This would account for Deuteronomy’s more sophisticated theology, its changed historical circumstances and the new audience. There are serious scholars (Whybray, Regensburg) who are also not enamored with the Documentary Hypothesis.

8. Can you point to any specific type of analysis or methodology that you think scholars are overlooking in their analyses?

I believe the attitude and the reliance on theory as opposed to data is mind- boggling. One of my rules is that one can never quote an emended text as proof of anything, which I see being done all the time; this is like a ventriloquist on the radio – it doesn’t prove much!.  I am drawn to data-driven studies (archeology, linguistics, etc.).  Modern literary theory (which I used in my devar Torah) is interesting as well.

9. How would you respond to many in the Orthodox community would say that you should not even be reading academic Bible scholarship, never mind responding to it? 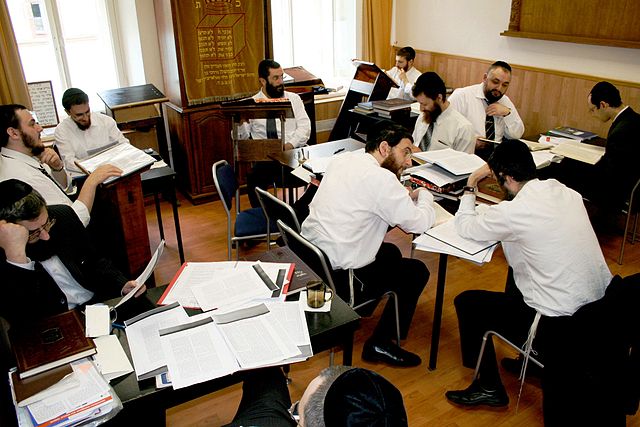 Firstly, as I said, there is much to learn from academia. Secondly, if David Zvi Hoffmann can respond to Julius Wellhausen, I think I can respond to Richard Elliott Friedman! I have a talk that I give in Orthodox shuls about how much we can learn from modern scholarship.  I have had discussions with quite right-wing Rabbis, whom I have gotten to agree with this premise.  A few months ago I received an email from a kollel Rabbi in our community out of the blue who read my book and who told  me how much he enjoyed it even though “it wasn’t his cup of tea.” I told him I would be happy to do a reading in the kollel!

10. Why are you posting on TheTorah.com if it is a site that overall supports academic biblical studies in all its forms?

I am an academic and I believe that academic scholarship has a lot to offer; I just don’t believe every conclusion I read. I’m also glad to see that TABS is willing to post from the (non-academic) sitra achra. In all seriousness, academic biblical scholarship poses a serious problem for the Modern Orthodox. Chareidim pay little attention to modern intellectual trends and the Conservative and Reform movements have made peace with the academic approach to Torah and history. It is we in the Modern Orthodox world, who respect both tradition and modernity, that must contend with academic Bible as a real issue.

That being said, for me right now, the Documentary Hypothesis as I already mentioned is an unsubstantiated theory, like evolution without fossils. However, if hard evidence were ever discovered, we would need to open the gates of figurative interpretation a bit wider (cf. Maimonides Guide of the Perplexed, Book 2, Chapter 25), perhaps along the lines of the famous Talmudic passage (b. Menahot 29b) where Moshe sits in the academy of Rabbi Akiva and does not understand what they are saying, but is comforted when he hears Rabbi Akiva explain that it is a law that originated at Sinai.

Prof. Ben Zion Katz, M.D. is a Professor of Pediatrics at the Northwestern University Feinberg School of Medicine and an Attending Physician in the Division of Infectious Diseases of the Anne and Robert H Lurie Children’s Hospital of Chicago. He has also written on topics of Jewish interest related to Bible, liturgy and the calendar. He recently published A Journey Through Torah: A Critique of the Documentary Hypothesis.

Prof. Ben Zion Katz, M.D. is a Professor of Pediatrics at the Northwestern University Feinberg School of Medicine and an Attending Physician in the Division of Infectious Diseases of the Anne and Robert H Lurie Children’s Hospital of Chicago. He has also written on topics of Jewish interest related to Bible, liturgy and the calendar. He recently published A Journey Through Torah: A Critique of the Documentary Hypothesis.

Initiator of the Jewish Study Bible: A Modern Day Yitro

Not a Naïve Reading: An Interview with Prof. James Kugel

Is halacha still binding if one accepts biblical criticism?

Torah for an Interconnected and Changing World

Academic Study of the Torah Is Essential, Not Just for Academics

Coronavirus: What We Can Learn from the Bible and the ANE